There are many museums in the city of  Mashhad manages by “Astan Quds Razavi” therefore, we intend to introduce museums located inside the building of the shrine of Imam Reza in this article. The construction of the first museum of this complex began in 1937 and was completed in 1942. Initially, the museum area was 5700 square meters, but with the expansion of the museum and the addition of other spaces to it, its area reached 18,000 square meters. Astan Quds Razavi Museum is the largest Iranian endowed museum built using gifts and endowments.

This museum, which is one of the largest and most valuable Treasures of the Muslims all around the world, was opened in 1985 in an area of 800 square meters. Qurans with handwriting attributed to the Shia Imams, Quran has written on the wood, Quran calligraphy with the handwriting of the great calligraphists and etc. are among the exquisite books that are kept in the museum. Some of these Qurans date back to 11 centuries ago. 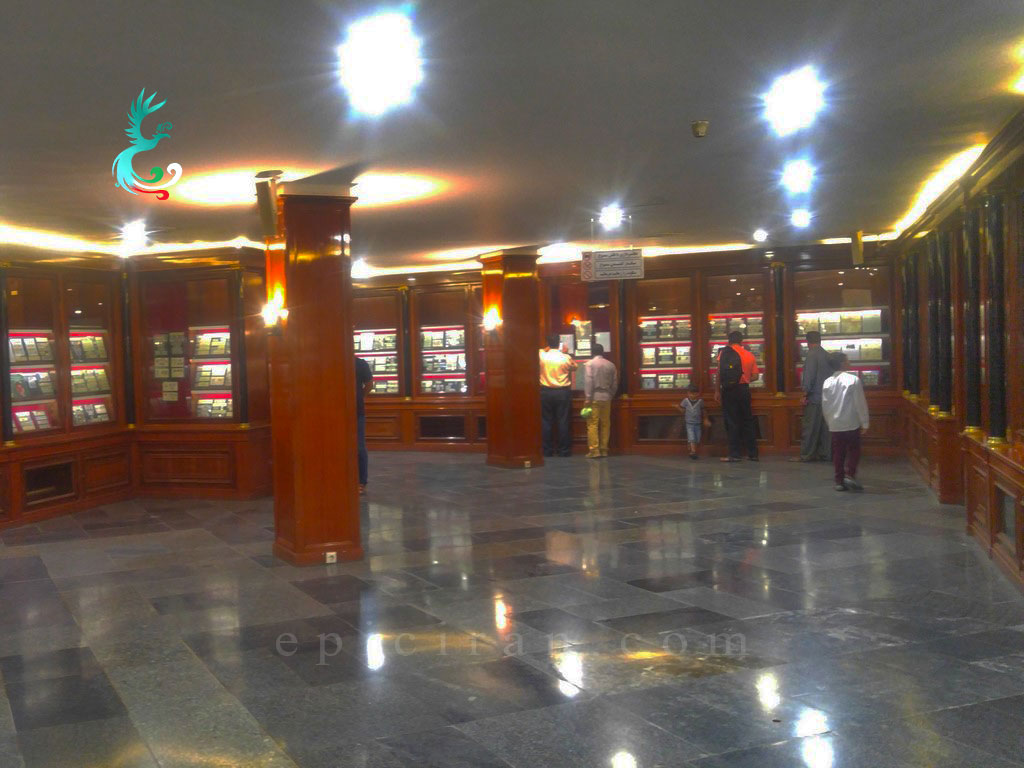 The carpet museum was reopened in 1945 next to the tomb of Sheikh Baha’i. As time went on and the number of endowed carpets increased, in 2011 the Carpet Museum was moved into a larger building. The current building has three floors, each floor belonging to the carpets of certain regions and periods of Iran. Among the important carpets of this Carpet Museum is the “Seven Cities of Love”, which is a painting of Seven Sacred Cities of Muslims all around the world.

The museum was created after the Iranian leader decided to donate the gifts he had received, to Astan Quds Razavi. These gifts, which include valuable gifts from the political leaders of foreign countries and international and Iranian characters and athletes and artists, are so valuable and worthy. The museum’s construction dates back to 1994 and has an area of ​​400 square meters.

Razavi History Museum is one of the Astan Quds Ravazi Museum in Mashhad. In 1999, the “Razavi History Museum” was found to familiarize people with the stages of development and history of Mashhad. The museum’s demonstrative space is about 1,000 square meters and most of the museum’s objects are gifts that pilgrims from all around the world donated to the Holy Shrine of Imam Reza. 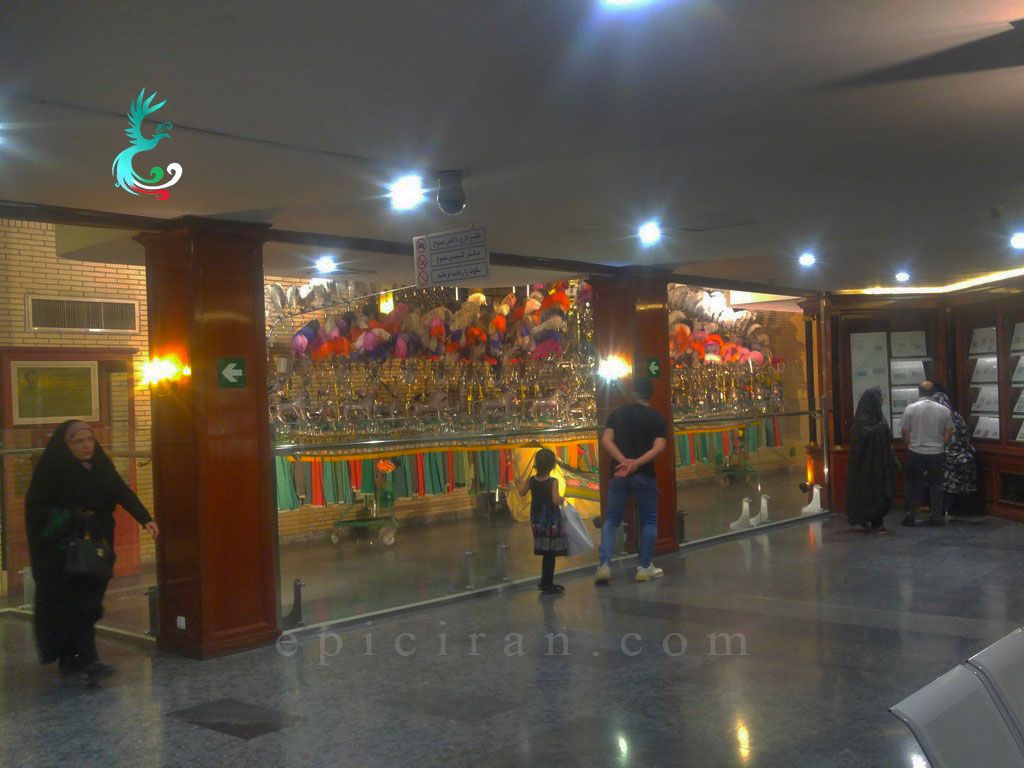 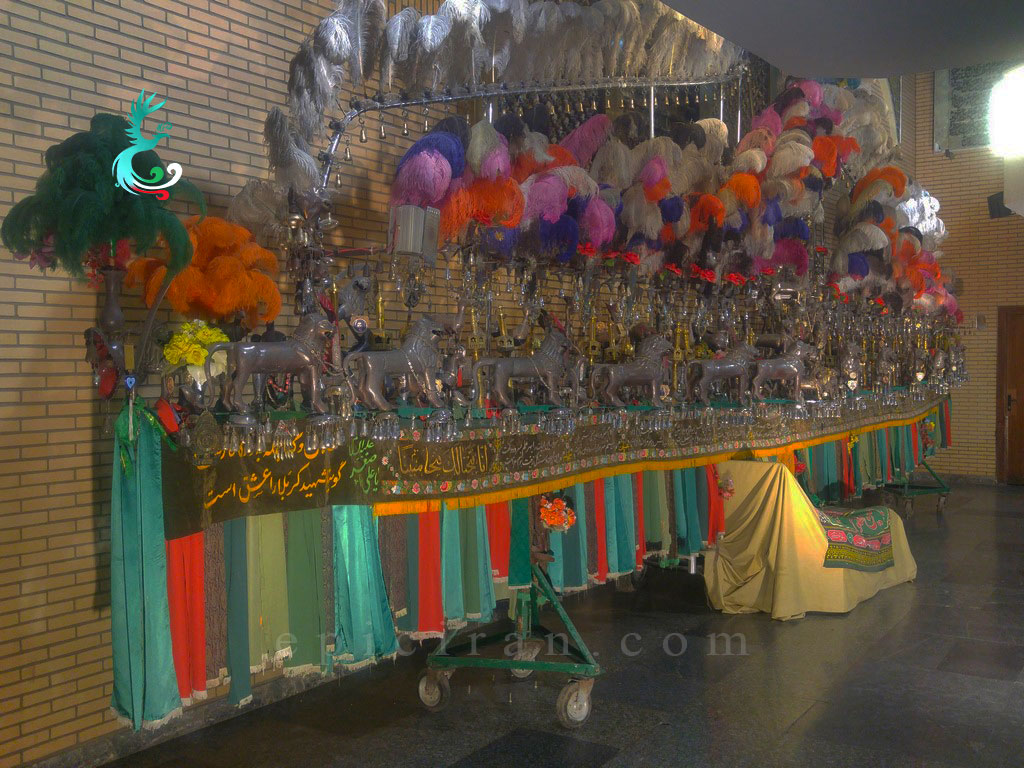 Astan Quds Razavi Coin Museum is one of the richest coin museums in the Middle East. A large part of the coins is donated by coin collectors. The Treasury of this museum includes coins of numerous pre-Islamic and post-Islamic periods of Iran, Arab coins, European coins, and etc.

There are 150 dishes in the Dish Museum of Astan Quds Razavi, most of them are related to the Ghaznavids, Seljuks, and Qajar dynasties, and some of them date back to 1200 BC. A number of dishes of this collection have been discovered after drilling the Imam Reza’s Holy Shrine. 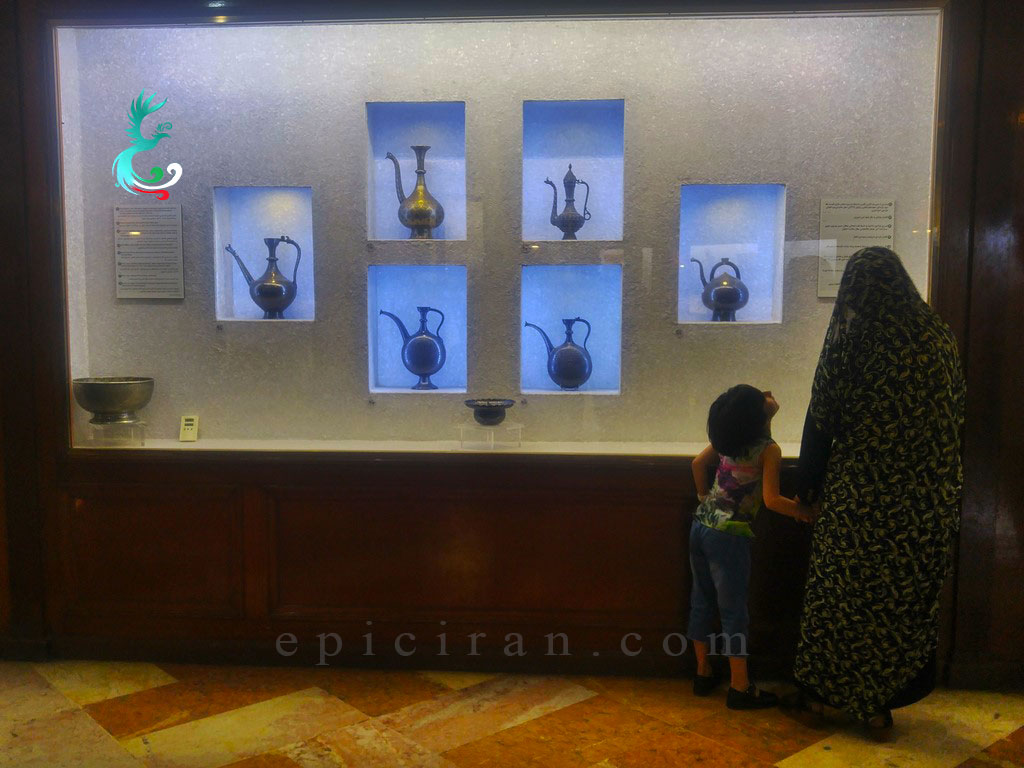 It opened in 1990 by a co-operation of collectors and stamp experts. There is also a library in this Astan Quds Razavi museum that offers valuable resources on specialized studies on stamps.

In 1999 and in an area of ​​200 square meters, the museum was opened to display historic cold weapons and firearms. The Weapon Museum of Astan Quds Razavi is one of the most fascinating and most visited museums in the Astan Quds Razavi, with weapons such as steel sword with the ivory hilt, helmet, bayonet, pistol, etc., most of which are related to the Safavid era.

The clock Treasury consists of sun clocks, mechanical clocks, and various compasses. One of these clocks is a sun clock with a stone plate and Roman numbers which date back to 1733 AD.

Another museum of Astan Quds Razavi Museums is Aquatic Museum that was opened in 1999. The area of ​​the museum is 475 square meters and it is located on the first floor of the central museum building of Astan Quds Razavi and includes two sections of Mollusks and Taxidermy animals. Nearly all samples of this museum have been donated by pilgrims of the Holy Shrine of Imam Reza.

The Museum of Visual Arts

Treasury of visual arts was opened in 1999 on the first floor of a central museum building with 450 square meters of infrastructure. Since 2014 this Astan Quds Razavi museum has exposed a number of exquisite works in various styles of prominent Iranian and European artists in public, including four memorable works of Professor Kamal al-Mulk.

Before 2010, Professor Farshchian’s works were exposed at the Astan Quds Razavi Visual Arts Museum, but later he was given a special place to showcase his works due to the increased donation of his works to the museum. A total of 18 paintings from Professor Farshchian are now being displayed at this museum.