Imam Mosque, with its iconic blue-tiled mosaics and its perfect proportions, forms an elegant, visually stunning monument at the southern end of a UNESCO-registered square of the same name in the touristic city of Isfahan, central Iran.

Visitors to the monument are usually overwhelmed with good views of its crowning dome, its splendid profusion of turquoise-shaded tiles, and the unity of the overall design as one of the masterpieces of Islamic architecture.

Initially named Masjed Shah (“the Shah Mosque”), the place of worship was constructed in the early 17th century upon the orders of the Safavid King Shah Abbas the Great who reigned from 1588 to 1629. The mosque’s topmost dome was completed in the last year of his sovereignty. 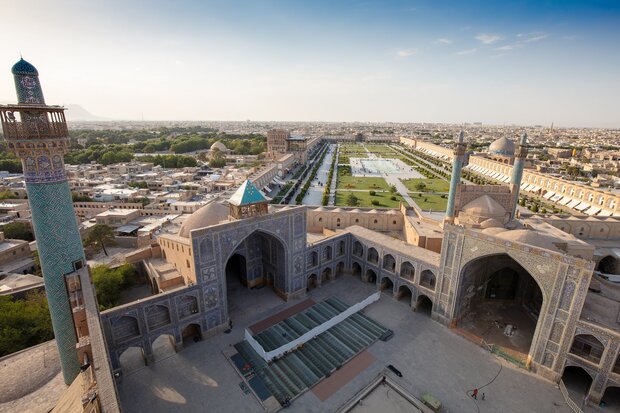 Imam Mosque is not only impressive because of its sheer size and incredible decorations but also helps to get a good impression of the needs and challenges of always ongoing restoration works. The craftsmanship continues and is intricate with amazing views both on the façade and the interior. The monument boasts perfect proportions and iconic blue-tiled mosaics.

A very scenic huge entrance portal welcomes people to the mosque. It is built to face the square though the mosque is oriented towards Mecca. A short corridor connects the square to the inner courtyard that is surrounded by four imposing iwans (porticos) with a pool dedicated to ritual ablutions nesting in the middle. 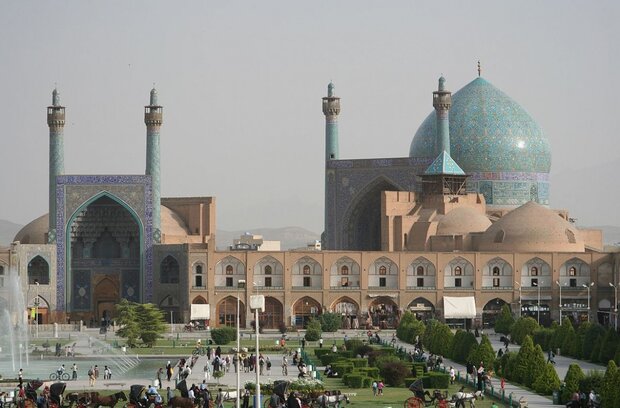 The walls of the courtyard feature sunken porches framed by seven-colored tiles of deep blue and yellow. Each iwan leads into a vaulted sanctuary covered with particularly fine floral motifs on a blue background.

Some visitors say each of the mosque’s parts is a masterpiece that leaves a lasting impression. This palace of devotion owes its splendor mostly due to being covered with seven-color mosaic tiles and symmetrical calligraphic inscriptions.

On the other side of the square stands the very delicate Sheikh Lotfollah Mosque which was dedicated to the ruler’s father-in-law, Sheikh Lotfollah, a revered Lebanese scholar of Islam who was invited to oversee the construction of the Shah Mosque.

The mosque’s interior and exterior walls are fully covered with a polychrome, mostly dark blue, glazed tile revetment above a continuous marble dado. Throughout the whole mosque, except for the sanctuary dome and portal iwan, Shah ‘Abbas was keen to minimize labor costs and time by introducing a novel technique called “haft-rangi” (seven colors). 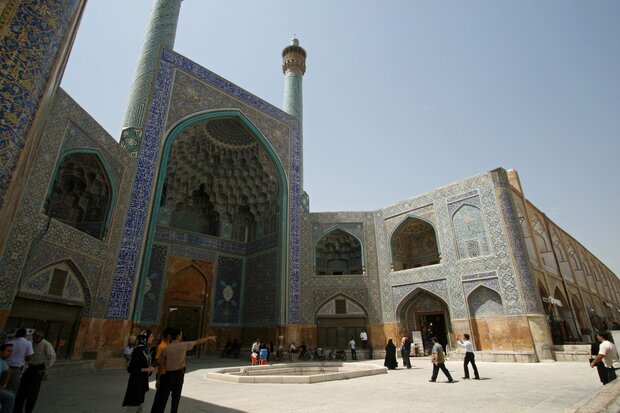 Isfahan has long been nicknamed as Nesf-e-Jahan which is translated into “half the world”; meaning seeing it is relevant to see the whole world. The city is home to many versatile artisans who underpin its reputation as a living museum of traditional culture. 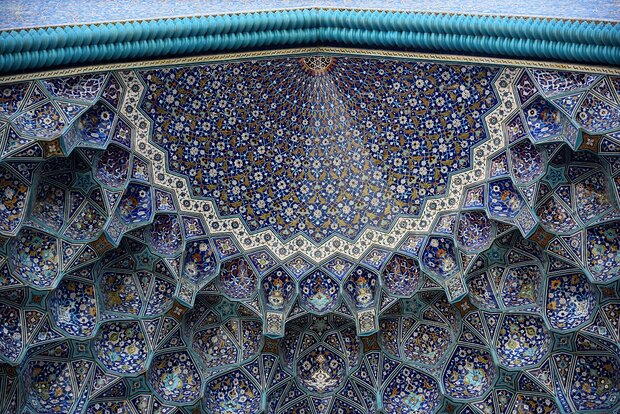 The huge Imam Square, best known as Naghsh-e Jahan Sq. (literary meaning “Image of the World”), is one of the largest in the world (500m by 160m), and a majestic example of town planning. Built in the early 17th century, the UNESCO-registered square is punctuated with the most interesting sights in Isfahan. Modern Isfahan is now home to some heavy industry, including steel factories and a nuclear facility on its outskirts, however, its inner core wants to be preserved as a priceless gem.