Vakil Bazaar is one of the most significant traditional and historical bazaars of Iran, which is one of the most amazing attractions of Shiraz located in the heart of the city’s old district. The Vakil Bazaar is one of the main buildings of the Zand Complex which was constructed during the Zand Dynasty (18th century) and the kingdom of Karimkhan Zand. Today, no trip to Shiraz is going to be complete without wandering through this bazaar and enjoying its oriental architecture and vibrant atmosphere, which is still one of the important economical hubs of Shiraz where locals are still busy with selling and purchasing different types of products from handwoven carpets and other handicrafts to clothes, dishes, fruit, groceries, etc. 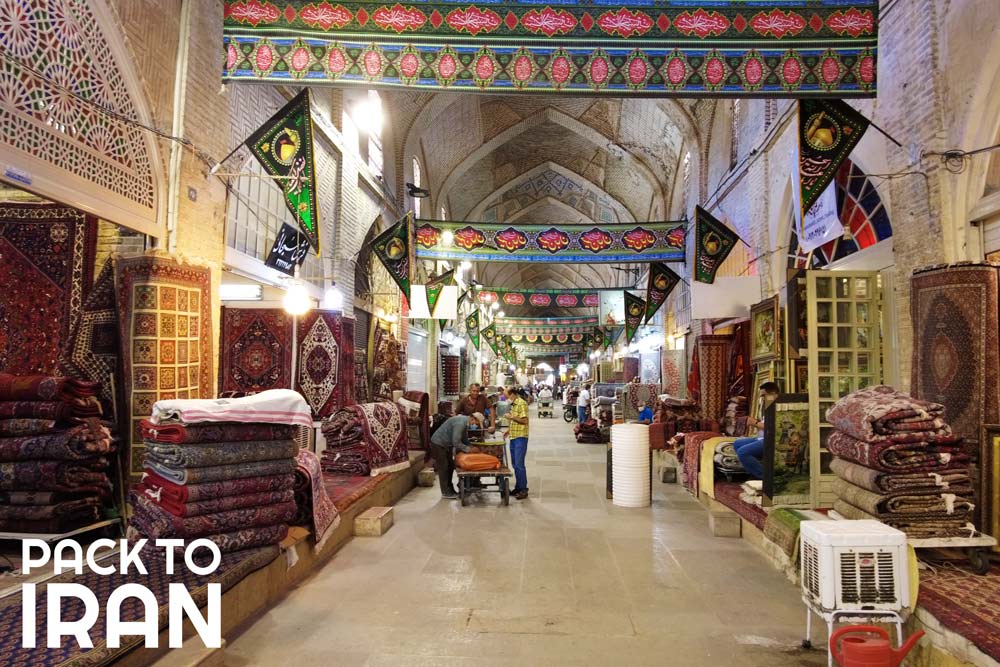 The history of the Vakil Bazaar

Being used until today, the Vakil Bazaar is one of the best heritages left from the Zand Dynasty. It is believed that after Karimkhan Zand traveled to Lar (a town in the south of Fars Province) he got impressed by the architecture of the Gheisariyeh Bazaar of Lar, which is one of the most stunning bazaars of Iran built during the kingdom of Shah Abbas I the Safavid king (16th century), and decided to build the same bazaar in Shiraz, so that it would become the economical center of the city where merchants from all over Iran and the neighbouring countries could interact and do trades, businesses, exchanges and transactions. The project was started in 1758 BC and finished twenty years later. Although the historical documents show that the bazaar was originally built during Safavid Dynasty (16th – 17th century), it received most of its glory during Zand Era. Forsat o Dowleh Shirazi, the historian and poet of Shiraz, Describes the Vakil Bazaar as a bazaar stretched from one of the gates of the city leading to Isfahan to the north of Shiraz with cells (small shops) with well-formed and symmetric arcs. The bazar is cantered with a Char-Soo (a square located at the center of the four corridors of bazaar) with a high magnificent ceiling.

This bazaar was renovated and changed for a couple of times during its history like in 1936 when the Zand Boulevard was established and passed through the northern alley of the bazaar, and cut it into two parts. Recently, some valuable documents related to 100 years ago was found in the bazaar. 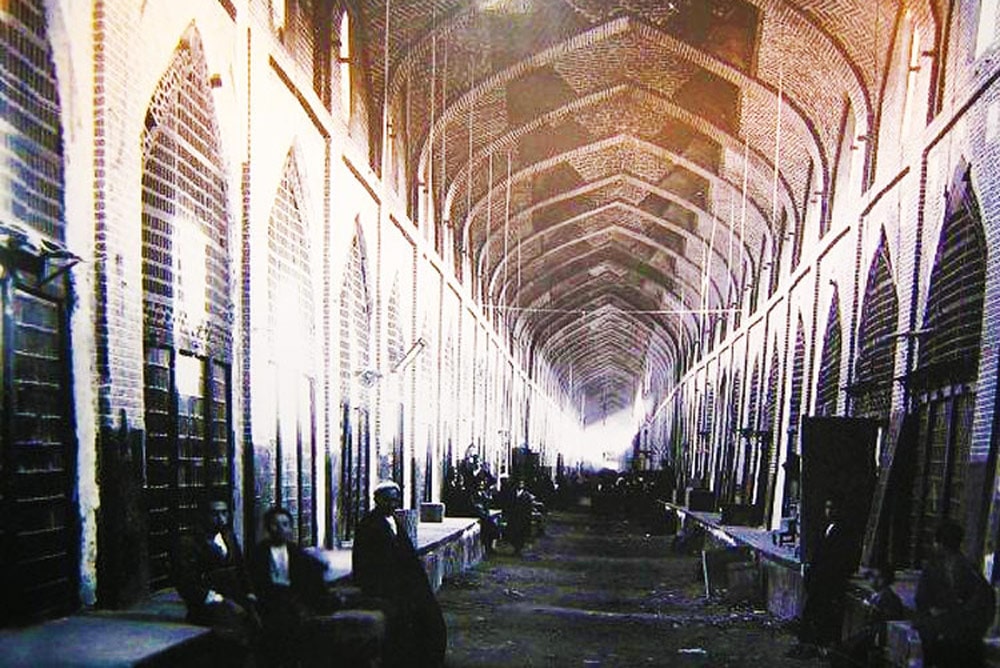 The architecture of Vakil Bazaar

The architecture of this bazaar was originally inspired by the Gheisariyeh Bazaar of Lar and the Safavid Bazaar of Isfahan, however Vakil bazaar is a wider construction, and the 74 arcs of the ceiling which are more than 11 meters from the floor are higher than in other bazaars, however today this height is reduced to 10 meters because of the embankment of the floor. The windcatchers on the rooftop and the small windows were designed for air conditioning and providing light to the interior of the bazaar. The bazaar has three types of space including the pavement where customers pass, the stores’ frontage about one meter above the floor, and store space. The bazaar has five great doors located on the four sides and two main corridors stretched from the north to south and from east to west cutting each other like a cross, which is an octagonal space with amazing brickwork ornaments known as the Chahar-Soo or Chahar-Soogh (meaning: four bazaars) of the complex.

The north-south corridor of the bazaar has 41 two-story stores on each side (82 stores) with small storehouses. This corridor has some historical caravanserais like the Roghani Caravanserai and Ahmadi Caravanserai with several rooms, which are still in use as handicraft workshops.

The east-west corridor of the bazaar is divided to two parts. The eastern side named “Alagheh Bandan Bazaar” consisting of 19 pairs of stores, and the western side known as “Tarkesh Dooz ha Bazaar” including 10 pairs of stores. Both sides are today known as the carpet center of the bazaar where you can find stunning and original nomadic and rural carpets from all around Iran especially from the nomadic tribes of Fars Province.  The Vakil Caravanserai also known as Fil Serai (elephant Serai) is also located on this side of the bazar and today it is one of the wonderful spots in the bazaar, where some cafés are opened today. 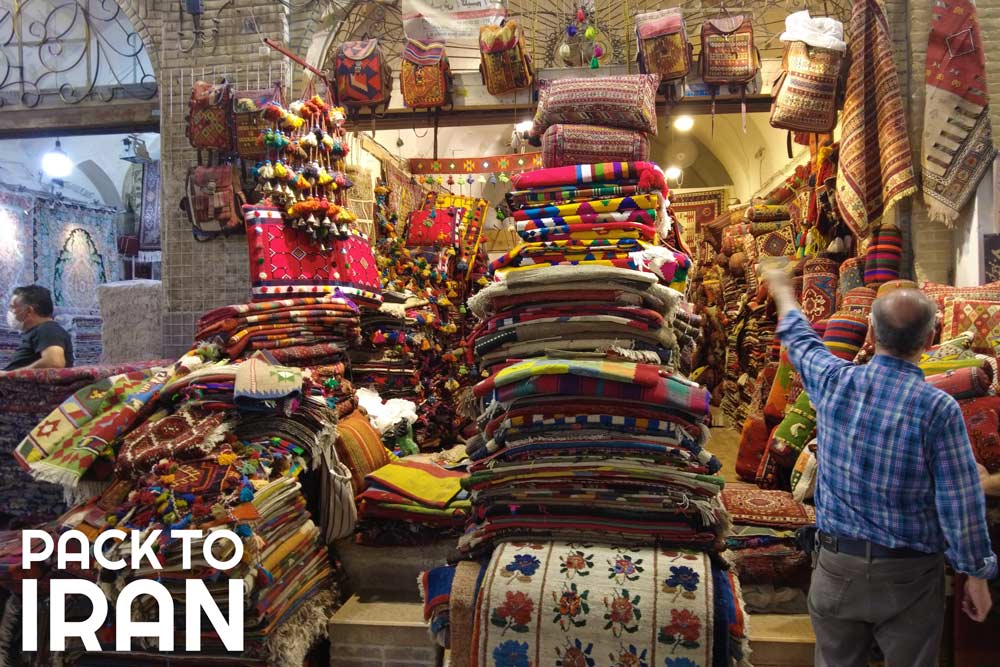 Although Saraye Moshir is separate from the whole Vakil Bazaar and has a different architecture, it is known as one of the sections of the bazaar and is highly recommended to be visited. Also known as Saraye Golshan, Saraye Moshir was constructed 250 years ago during the Qajar Dynasty, when Mirza Abolhasan Moshir ol Molk was the governor of Shiraz as a small bazaar. This two-story building is an octagonal construction is characterized with its marvellous entrance façade, its central pool surrounded by sour orange trees, and its balcony which offer a lovely view of the courtyard. Saraye Moshir is one of the best places for buying original Persian handicrafts like Khatam Kari, kilims, turquoise, silver, etc. 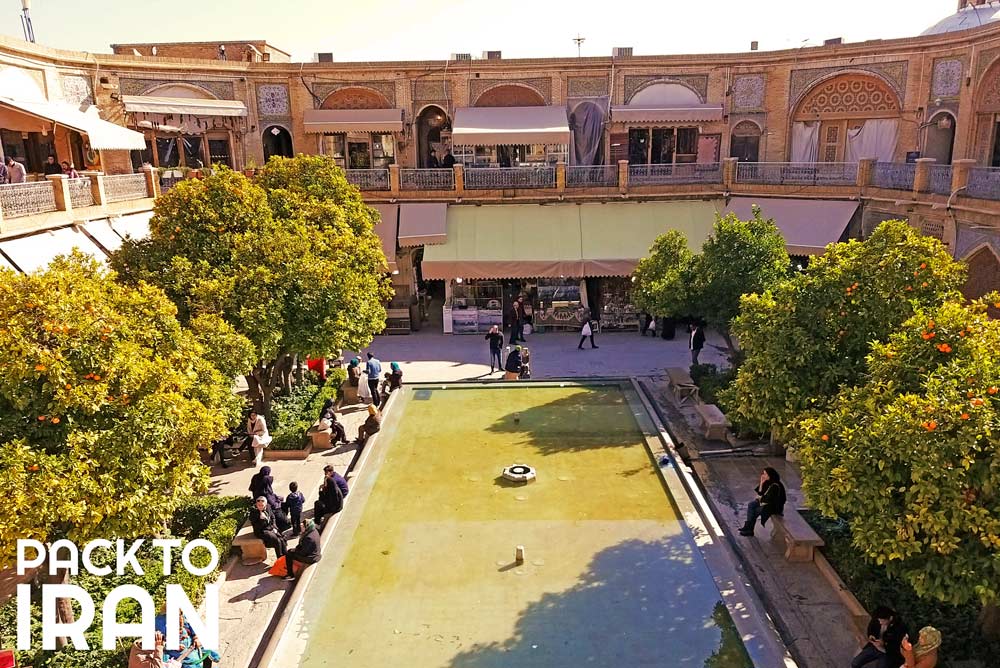 Things to buy in the Vakil Bazaar

As mentioned above the nostalgic Vakil Bazaar of Shiraz is not only an important cultural attraction which travelers love, but also an important economy hub and trading center. In this bazaar you can find everything from A to Z. But some of the most vital things that you can buy here and take back home as souvenirs are handwoven nomadic rugs and kilims, colourful fine textiles, and local products at spice shops like dried herbs, saffron, and also jewel stones. 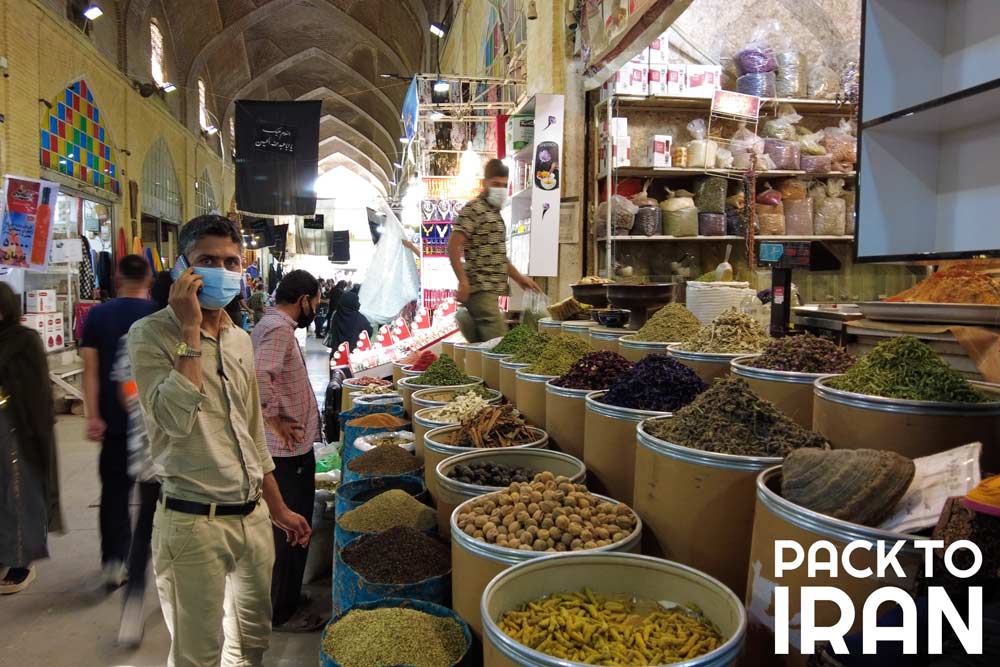 Tips for visiting the Vakil Bazaar of Shiraz 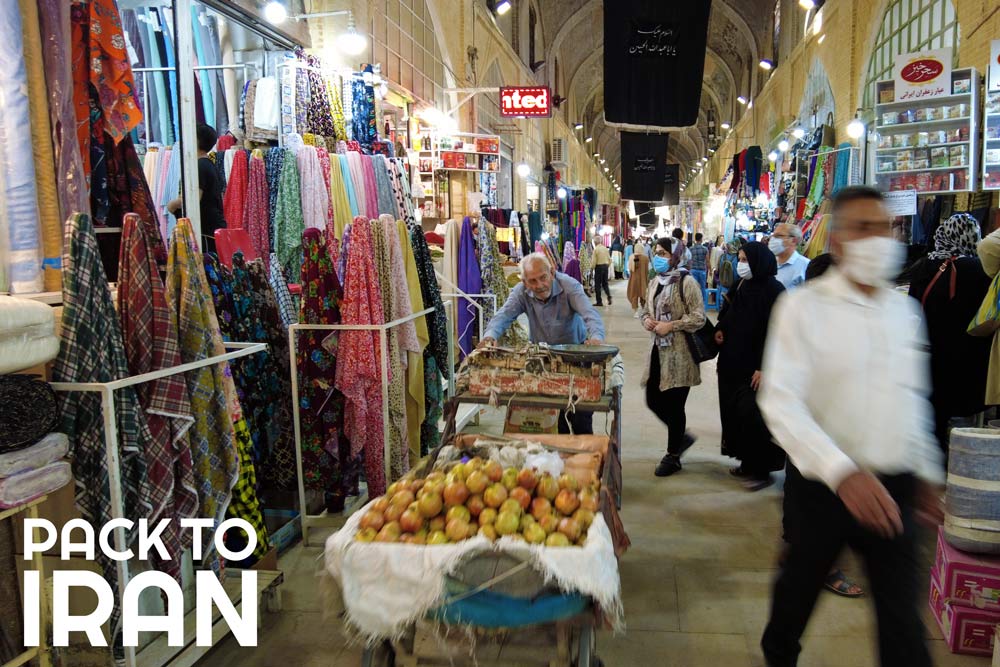